Not the easiest place to secure a booking at the moment if you want a dinner at The Palomar, (there's a two month waiting list for Friday or Sat night dinners) and having been there, I now know its both a combination of having a small premises and a demand for great Israeli food. I've been waiting forever to find somewhere that serves excellent middle eastern food in a modern vibrant environment. The itself restaurant is located in Soho, down a side street by the M&M store in Leicester square so its a great place pre or post theatre.

You can do walk-ins but go early (6pm) to secure a time if you are going on a busy night. I tried a walk in one evening but were turned away as other patrons had already taken all available slots. Walk -ins are usually seated at the bar. From what I understand, the restaurant is owned by two Israeli chefs of whom at least one had successful restaurants in Jerusalem. On that success they opened The Palomar in 2014 and it has been thriving ever since. 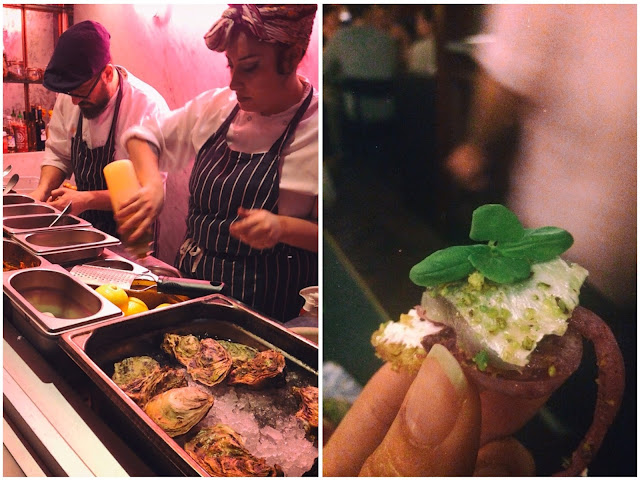 The menu is broken down into four parts and I'm not sure if it supposed to be a sharing experience, but the food arrives randomly as if you were seating at the bar. Service is a little chaotic, we had to wait a bit for food and drink top tups. but it was nothing bad and adds to the atmosphere. Staff are quite self assured. To start we ordered cured sardines, the spicy experience and Challah bread. The Challah bread was incredible, it pulls apart in your hands and is soft, buttery and sweet in flavour. You'll be fighting over this.


The sardines are ridiculously small (we have 50 cent coins in NZ that are bigger than these things), think more of an amuse bouche - but even that is taking the mick. These bites would pair beautifully with some bubbly, perfectly balanced in both flavour and texture. I loved that they are not fishy but sweet, with enough acid to cut through the omega, and served on a very crispy bruschetta. `They were truly delicious, incidentally, I think the chef who prepares the sardines could have a great career in miniatures.


To follow the first starters we were served the salad, to be honest this was the weakest plate of the bunch. I found it definitively one dimensional, served without the mains, on its own its consisted of just cherry tomatoes, red onions and vinegar some croutons and a white paste slapped on the side of the bowl. After a small wait the octopus followed on, presented as a single loin but actually made up of individual pieces, it was very pleasant. No chewy-ness, just soft tender meat, and a surprisingly simple looking dish with lots of interesting flavours. However, the star plate out of our picks was the pork tagine.


It tastes like it took a long time to cook, and the oversized couscous is packed full of flavour. The pork is subtle, tender and is overall a truly heartening plate of food. On a cold miserable night it is the perfect anecdote. We also tried the deconstructed kebab and this was also a popular choice. So much flavour in the meat and a more generous portion of protein in this serving.

I thoroughly enjoyed the food at The Palomar, it is truly delicious and I've been looking for new modern Middle Eastern food restaurant serving excellent food and it looks like I've finally found it. 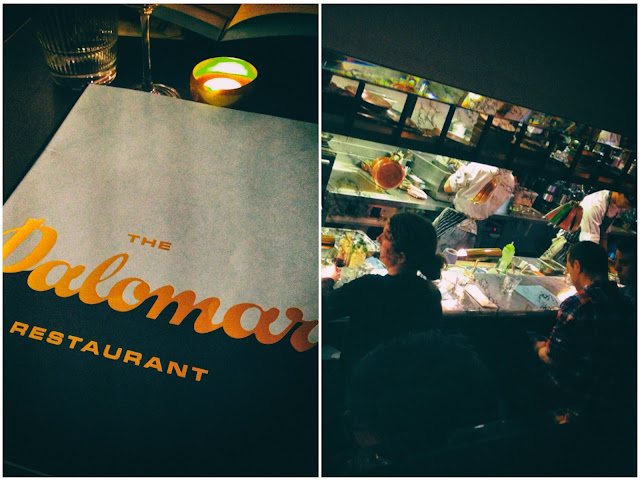 The Palomar is in Soho, London
Info Palomar London