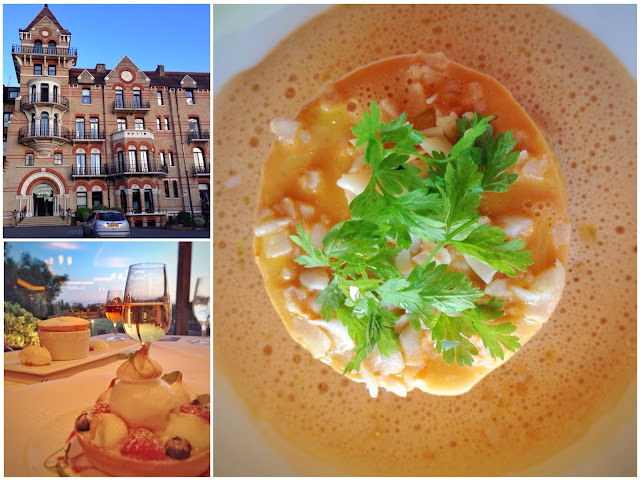 Things are looking up for Petersham Hotel, they have a new Head Chef Adebola Adeshina who seems to be proving a winner for the restaurant, and I was to discover why.

Adebola is a popular chap (fanboy's in my twitter stream confessing their love), he is most certainly friendly, has oodles of experience to match and it is understandable why, he is an all round nice guy. Adebola worked at a number of top London eateries, starting out at Gordon Ramsay's first restaurant, Aubergine before moving on to Gordon's 3 Michelin star restaurant on Hospital Road. He's also worked with Marcus Wareing at Petrus, Philip Howard at the Square, ...I mean, what more could you possibly want?

I was lucky enough to score an invitation to discover the new chefs cuisine, and as usual I always like to have full disclosure that this was a sponsored visit. I have however dined before and found the standard excellent enough to recommend Petersham as one of best romantic restaurants. After this visit, I would rate it as probably one of the top in Richmond for food (produce quality and cooking ability) and service. 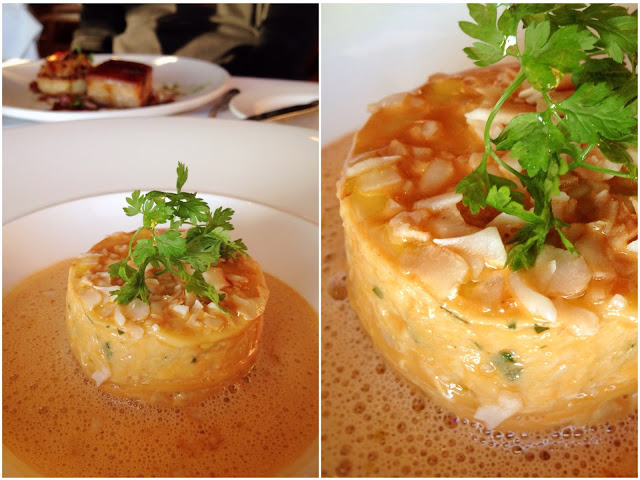 The Petersham has a set menu - 2 courses for 22.95 and a three course for 26.95 and their wine selection by the glass is fine if you don't want to commit to a whole bottle and psssst... True Fact: The secret about Petersham is that they don't serve cheap plonk as their house wine - it is actually one of their finer wines from the menu. I tried the house red and the white, both are great but the red was smashing.

First up we had a little pre starter of salmon with the most delightfully fluffed-up blini topped with a chive(?) cream, caviar and dill. The dish was flanked with what I think was a pickled cucumber, tomato, salad leaf and a balsamic jus.
We followed this with two lovely starters, ample sizes which is great because these dishes are priced on the more expensive side, but they are brilliant.
I had a steamed lasagne of Cornish crab that was served in a tomato and coconut sauce, topped with coconut shavings. Every component was perfect from the texture and colour of the pasta, lashings of sweet crab meat and the sauce was creamy but light, not overpowering the crab. The presentation was perfect, with visible layers between the lasagne and the meat. It was an outstanding dish.

The second starter was pork belly from Suffolk pig farmers, Dingley Dell, with baked apple, prune and almond. The pork definitely had east asian flavour and it was great to see nice layering in between the meat and fat, and a good symmetric portion. Top produce tip: A good quality pork belly ideally has a consistent five alternating layers of fat and meat.
We chased the meals with wines by the glass - Petersham's Macon Chardonnay from Burgundy and their Bordeaux are excellent choices.

The mains menu is well-stocked of all the classic dishes - somewhat keeping with tradition, but Adebola takes it to another level, its beyond your typical French classical training. As such we were treated to a roast cod fillet with asparagus, peas, shrimps, beans and a sauce made of fish stock and nantes butter. The cod had a slight char grill flavour, decently meaty portion and yeah I'll say it's enhanced by the asparagus & shrimps, something I wasn't sure about. It was actually a fantastic plate, so much goes in these plates of food with textures and flavours and yet they're all so beautifully balanced out. The second main was duck breast with roasted fig, an artfully prepped artichoke and shredded cabbage that had been generously sowed with morsels of pulled confit duck leg. Another classic dish elevated to a level that is beyond what has been served at the Petersham before.


Between our mains we were served a pre-dessert of macaroon with rhubarb, sorbet and those little pressurised carbon dioxide rocks called popping candy(?) What a pleasant surprise and fun but still a great plate - the macaroon was delicious. To finish we had an intense flavoured passion-fruit souffle - perfectly risen. Actually it was tart, end of... I mean there was no ifs or buts so if you like tart airy (healthy) stuff then its a winner -  it went down very well with the chic geek who finished the whole thing - I had to stop him at the plate, god forbid he would have devoured that too! The Lemon meringue tartlet was delectable and showcased some of the Michelin technique and plating (that meringue balanced on top of foam), did I mention it looked amazing?

All the experience shows - the food was consistent, the service excellent, the timing of the dishes, the quality of the produce and how it's cooked, everything was on point. The venue is exactly the same, so don't freak out about the deco - I've mentioned this before. But the view is unbeatable as well. They also have a patio for summer which is great.


For me I feel this couldn't have arrived at better time in Richmond, despite the stigma Richmond has for being a bit behind the times as far as dining goes - there are glimmers of light. The rugby world cup has/will put a spotlight on the borough, and subsequently new restaurants have popped up. There are the giant tech companies who have forsaken the Old St roundabout for Richmond - Silicon-Upon-Thames they're calling it, and just as the tech company's are all about disrupting the industry, it feels as though Adebola is about to disrupt the the dining scene in Richmond. If you haven't been to the Petersham Hotel Restaurant for a while, now is the time to go back, this is a new era and probably their best.
Special thanks to Hilary from Petersham Hotel for organising the evening and of course to Adebola and his team for the kai (food) and great service from the Maitre D.

The Petersham Hotel do have lovely vistas, they also do weddings, events. meetings and Private Events and their 'facilities' are immaculate. 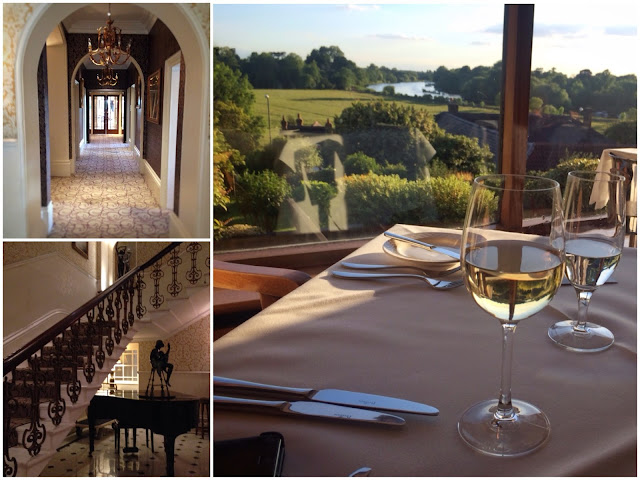 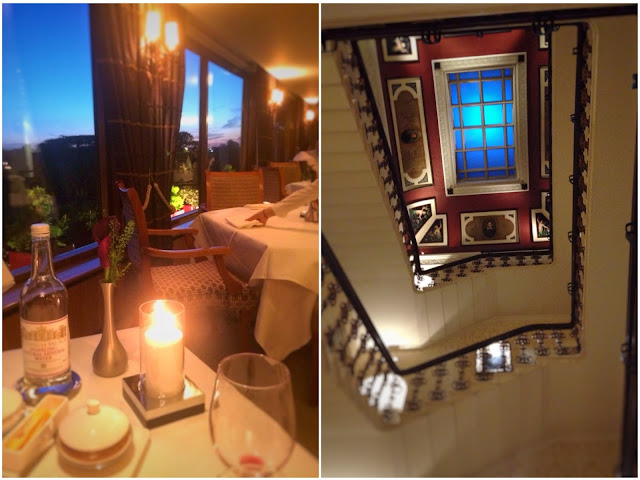 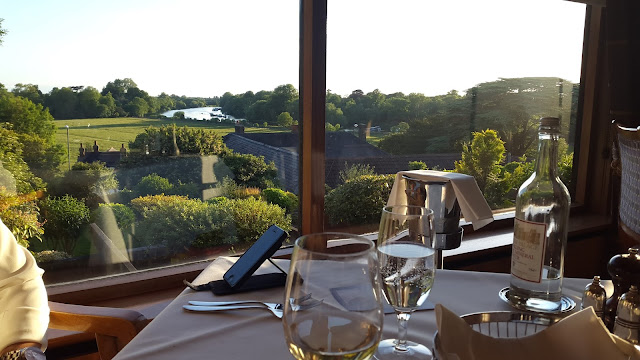