By GK
This is the second of three american styled (Chicago Rib Shack, Blues Smokehouse & The Shack68) barbecue restaurants that have graced Twickenham's shores in the last 6 months. Its hard to believe that only 18 months or so ago Twickenham didn't even have a sushi store and that it is only now we are seeing some movement in the way of new fresh restaurants and bars in Richmond and Twickenham. 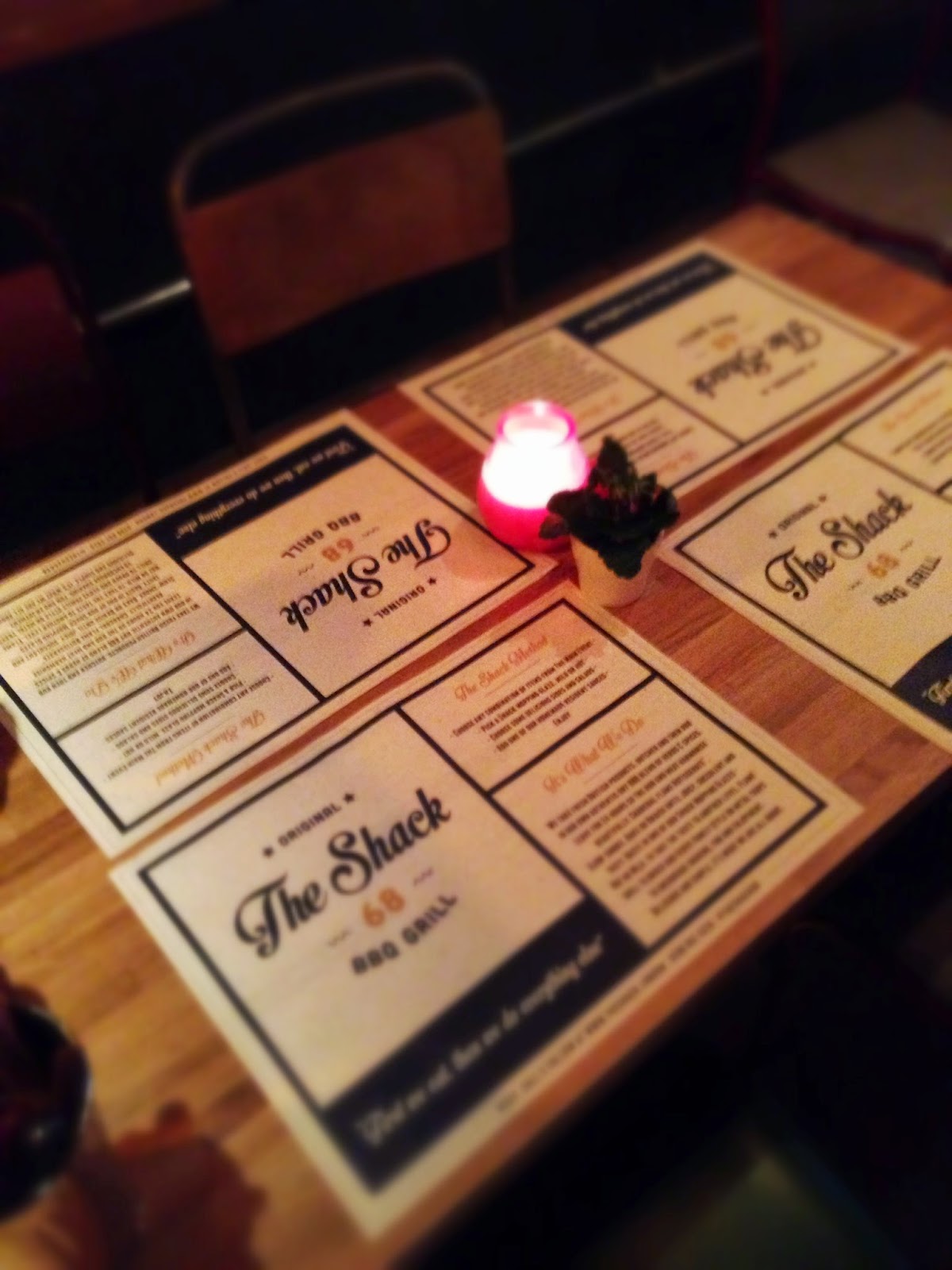 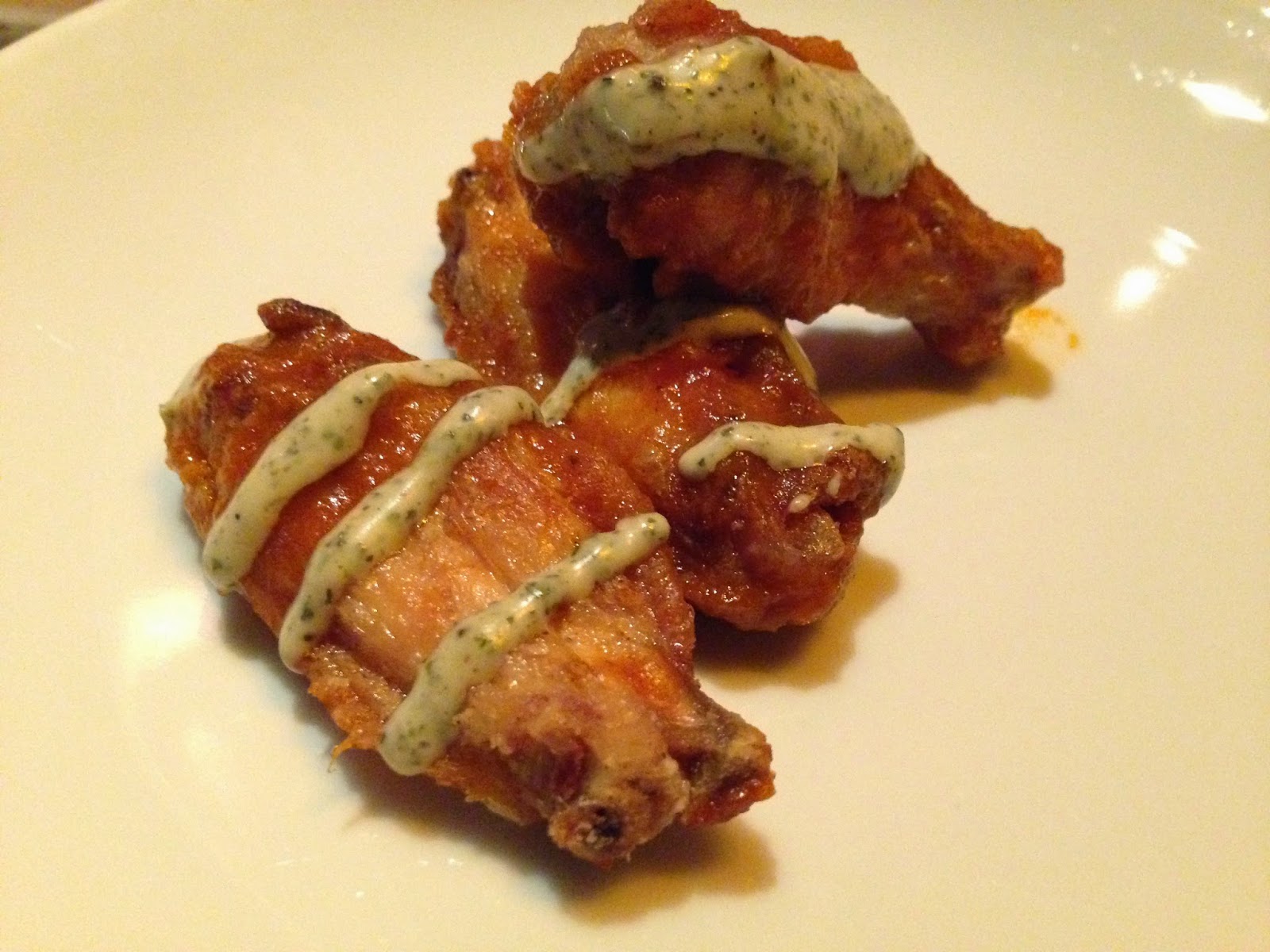 Buffalo Chicken Wings were quite small, The Shack68
I believe The Shack68 were originally a 'pop-up' that has now turned full restaurant in record time. It's astounding to me how they were able to fit out a brand new restaurant and SpeakEasy bar upstairs, in less than a year of trading as a pop-up. There doesn't seem to be a whole lot of back story of the folk behind the restaurant either but after a little digging, it looks as though the team behind Twickenham's notorious Grand Union bar (Grand Union Group), are behind the new venture - so it's not exactly the inceptive 'pop-up' they were claiming to be.

The venue is comfortable, and has a very cosy feel. The stack planked walls are a nice feature and give a true feeling of the american bar room. 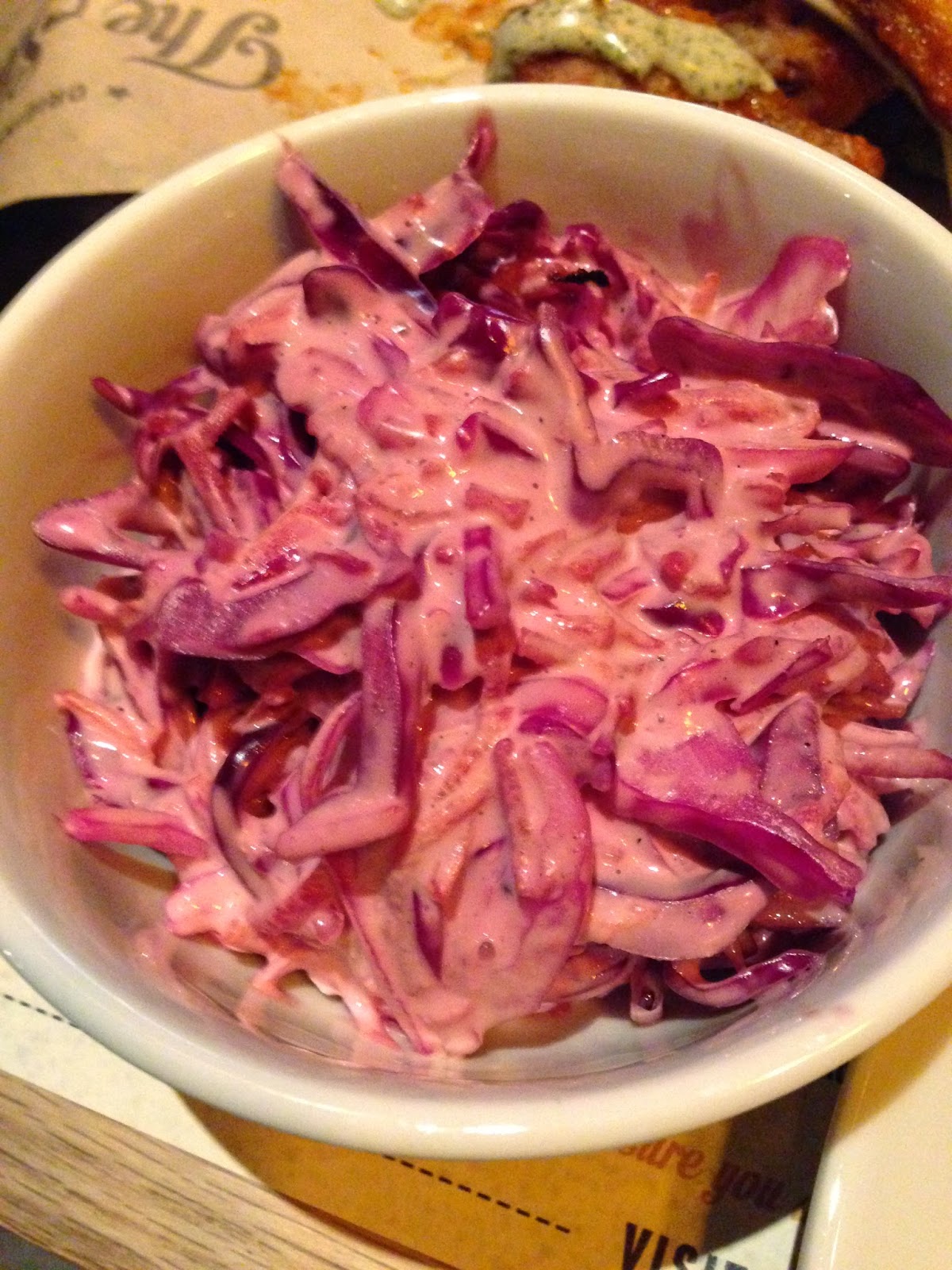 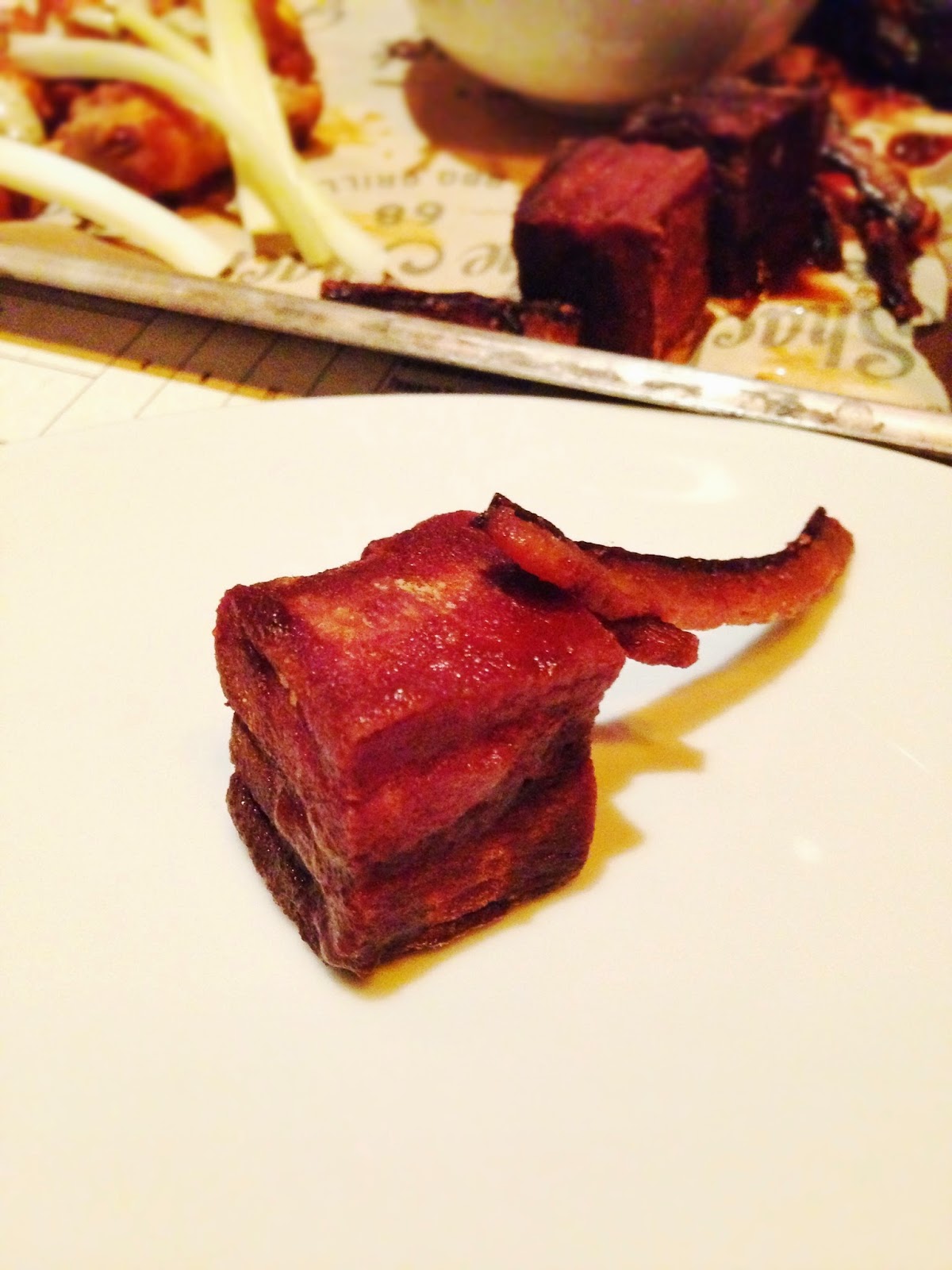 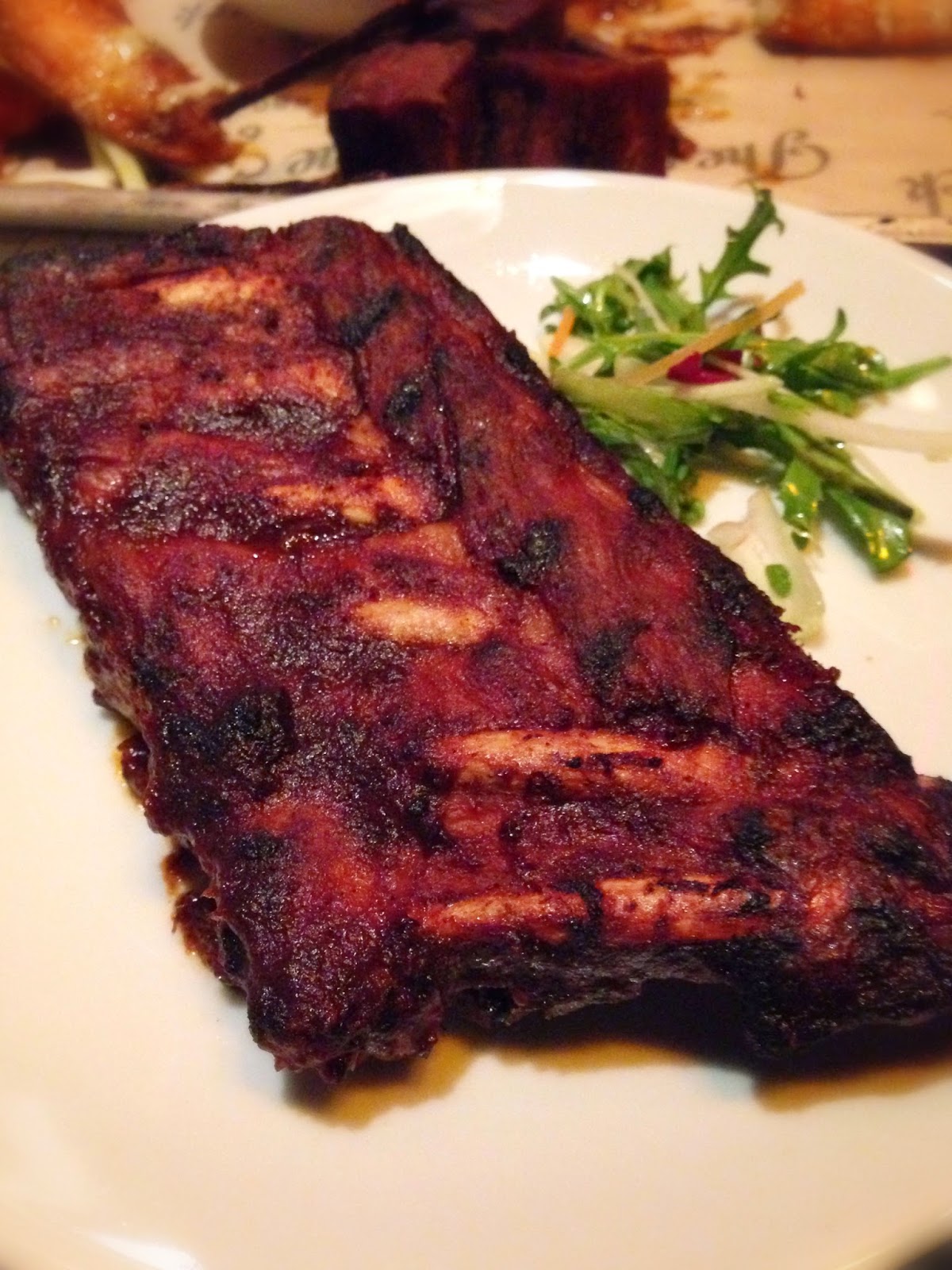 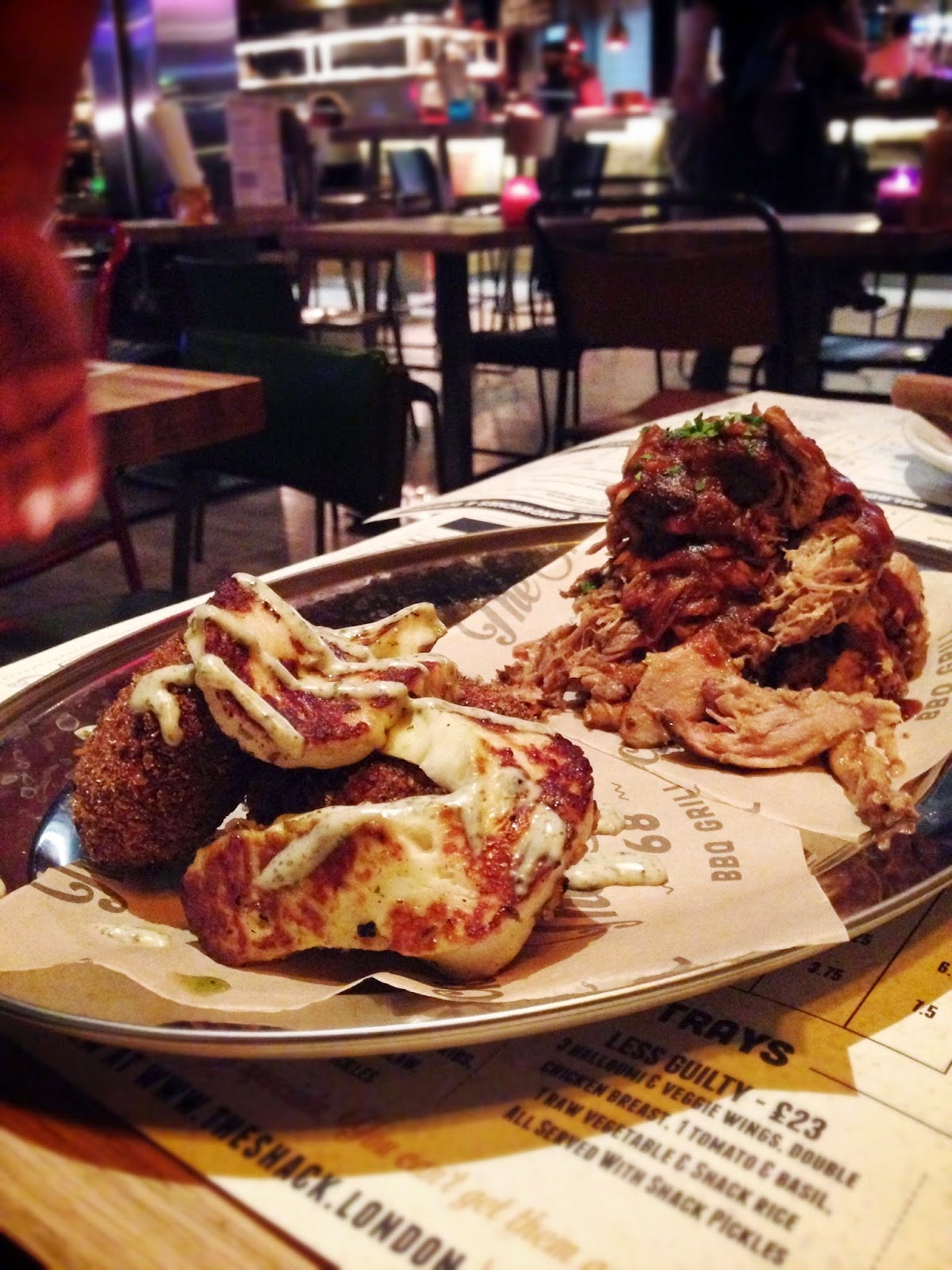 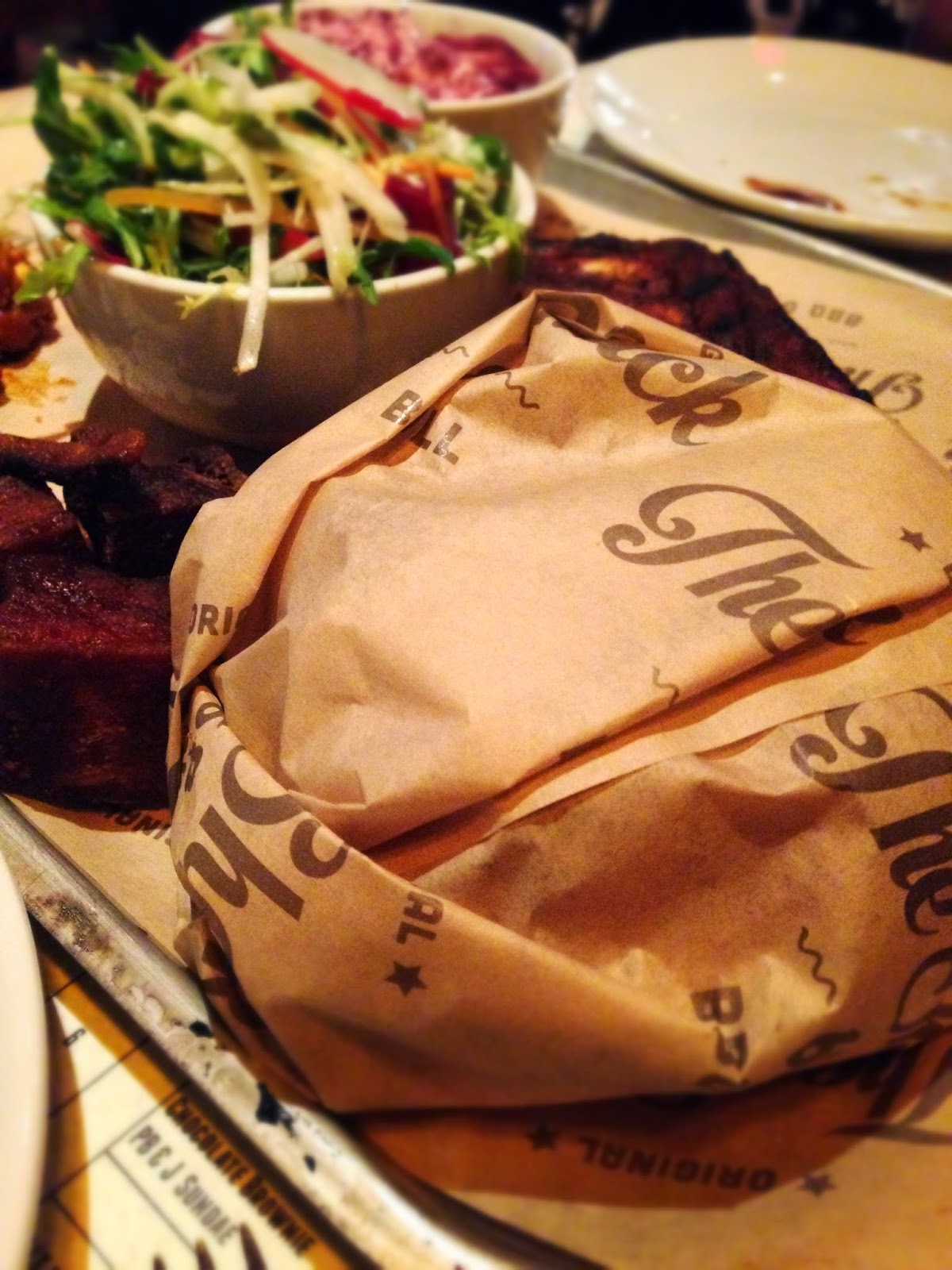 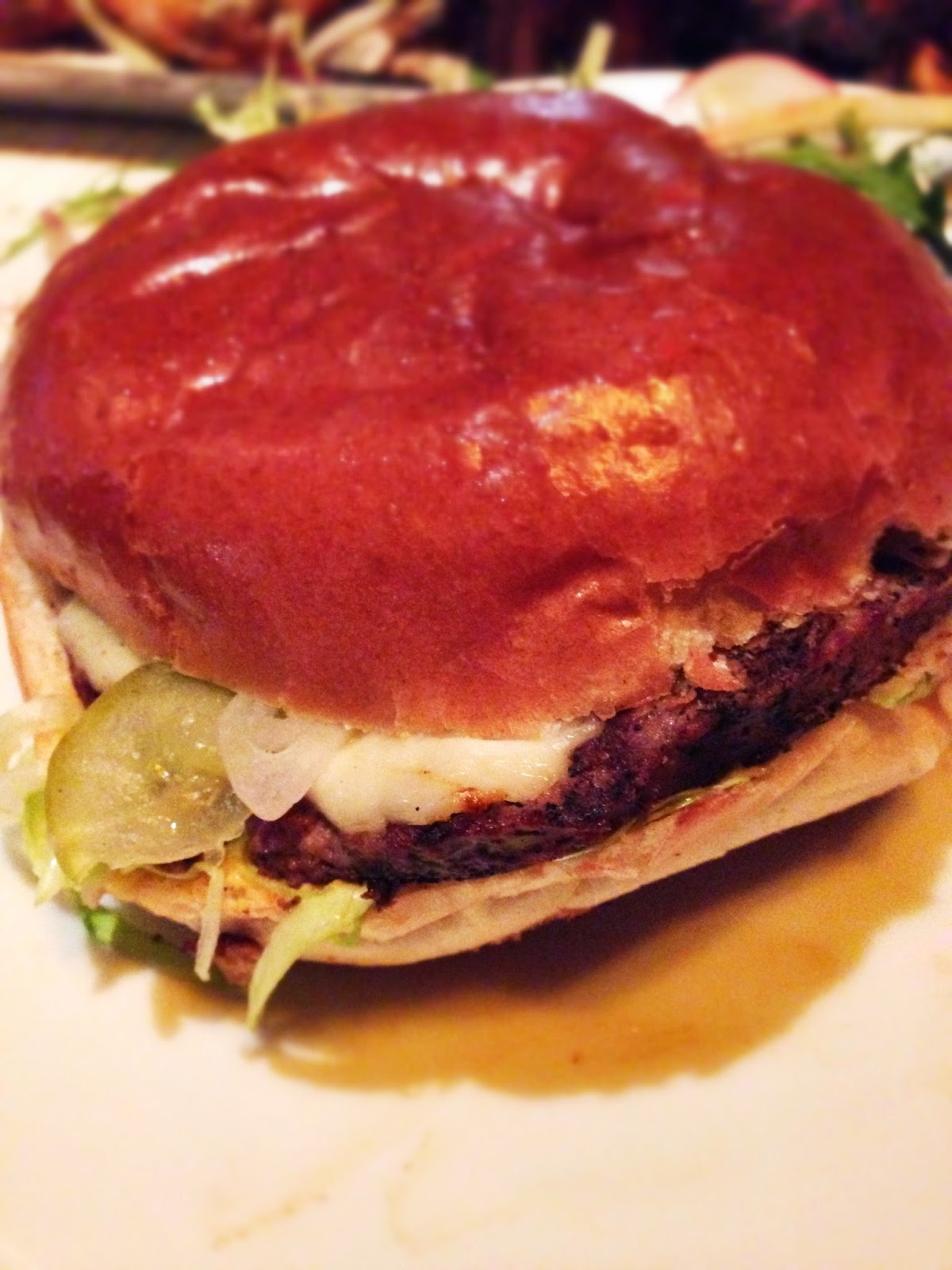 We arrived at a busy time and were lucky to secure a table without booking - they were fully booked. Staff were quite helpful (the menu is full of options), and we wanted to sample a selection of items so it was very handy have options for small dishes.

I could draw comparisons in the menu to Chicago rib shack... so I will :) The food is similar, ribs, pulled pork, chicken wings, but the servings are bigger at Chicago. I mean The Shack68 have very small chicken wings that resemble more of a chicken nibble, but in all fairness they were priced accordingly, so it was fine. They do a mean burger at The Shack68 and also do sandwiches. I felt like the 'Raw Vegetable' salad was misleading, its a plain salad (see pic) the coleslaw however was good. The food comes out altogether on a tray and from there its a free-for-all! So its fun and informal.

We ordered a round of bbq chicken wings and pork belly bites. The wings are tasty, the belly bites had quite a crust on them and were dry but they were tasty enough. You absolutely should see my posts on Andina in Shoreditch or Hide & Seed in Putney if you're serious about pork belly.
We got a small ribs and a cheeseburger, the cheeseburger is by far the best, flavour wise it was delicious. We also tried the pulled pork which had a nice generous serving and the halloumi with a sweet potato, broadbean & pea croqueta - the herb crust this thing was rolled, in wasn't the best and would have been much nicer without it. We tried the Sagres beer - not a popular beer due to its watery taste, and I'd have to agree with the masses on that one, think I'll stick to a 'Steamer' which incidentally both The Rib Shack and Blues Smokehouse stock.
There is also an upstairs Bar called the SpeakEasy and I wont mention about the men's loo's, you'll just have to discover that yourself.

These barbecue joints really are popular at the moment all around London, and I can see why, it's a place to hang out in a relaxed fun environment and the food is great with a beer or two. The Shack68 seem to be jumping on this popularity and here's hoping there won't be a repeat of the management problems with their previous venture. Making out you're started out as a pop-up from the get go doesn't set a good tone, it doesn't bother me so much, however I feel some marketers don't seem realise that peoples bullsh*t radar's are at an all time high these days. As long as The Shack68 bring value to customers because the moment you start taking short cuts, it usually ends in disaster. 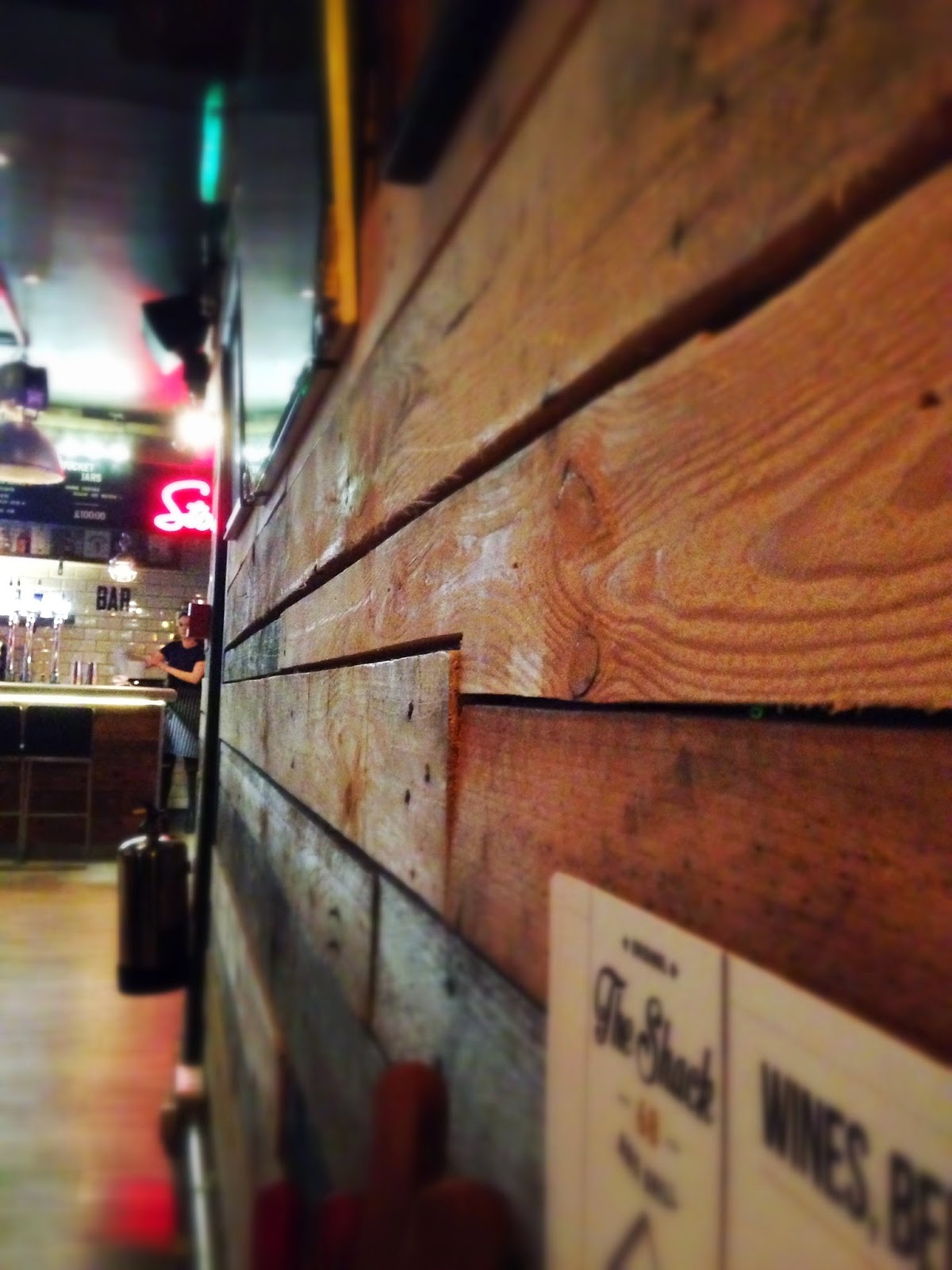