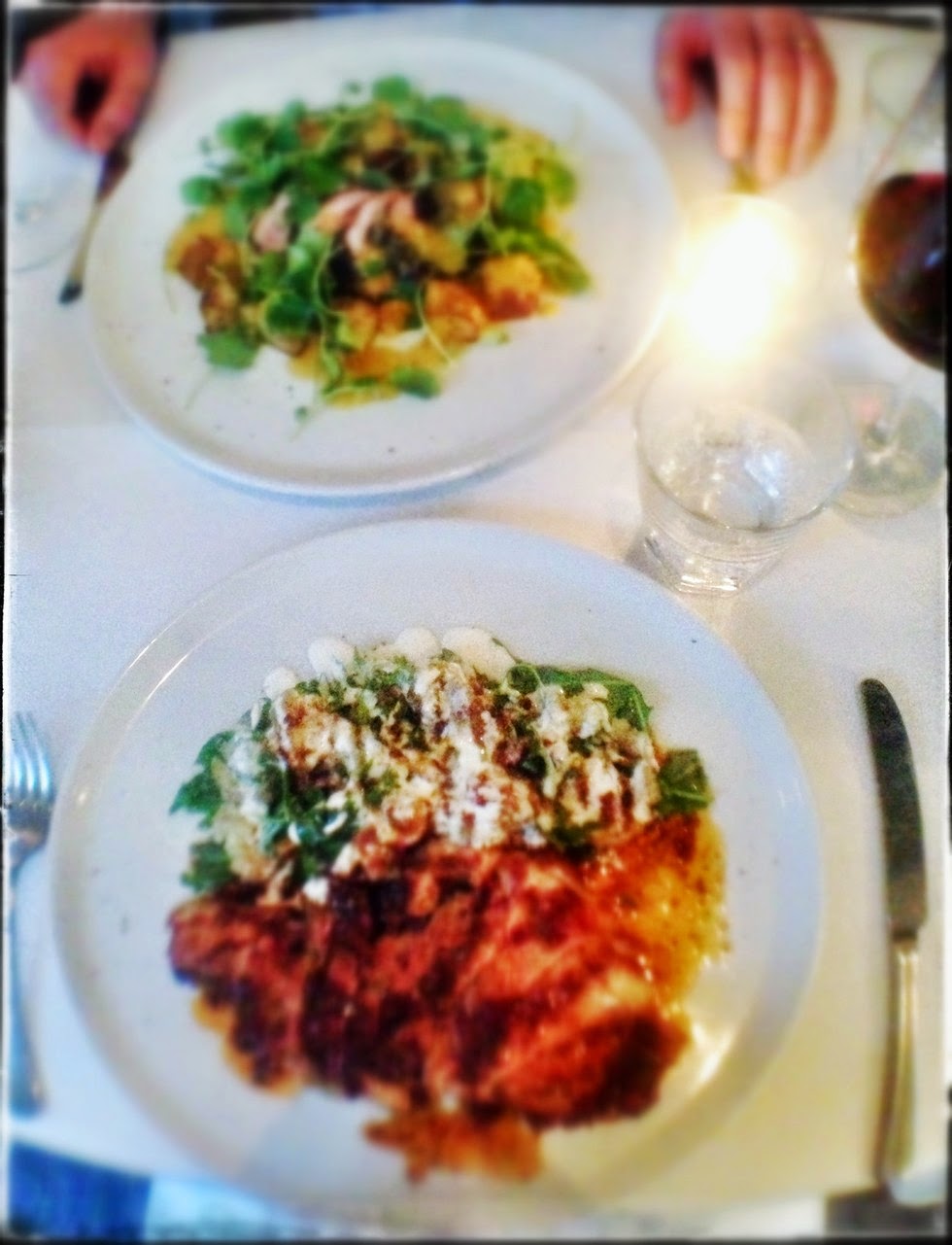 It's no question that A Cena is considered to be one of the best restaurants in the borough of Richmond, consistently serving rustic Italian food in a barely luminate setting. What is isn't however, is a traditional Italian haunt. You won't find the menu overflowing with typical pasta classics and a bit of steak on the side. It's more the opposite - plenty of quality produce with a bit of pasta on the side. I actually recall a service once having no pasta items on the menu at all, apart from a Risotto, wait... that's not even pasta. I rest my case. Anyway, to me the food is similar in style to that of Hammersmith's River Cafe, minus the extraordinary riverside location and fabulously bright dining ambience (it is quite dark in A Cena but I think this adds to its own feel).

I started, as usual, with the Parmesan fritters, I really need to get a life, I order this every time I go there but they are great and I am usually starving (carbohydrate gremlins). The Chic geek opted for asparagus served with parmesan and egg. My parmersan fritters were very nice, a little undercooked (they were doughy) but have a nice cheesey flavour, a slightly crunchy exterior and a creamy dressing, yum. With the asparagus and egg I guess the pic says it all really. The presentation of the egg was sloppy, and served with a small sprinkle of parmesan. The asparagus surprisingly didn't really have much flavour and was served firm. Jury's still out on that dish.
For mains, I had a pork cutlet (this thing was huge) served with smoked baby aubergine, and the Chic Geek opted for the duck and potatoes. I feel this is where A Cena really shine and have the River Cafe style coming in. Although the duck serving was somewhat smaller than the serving of pork, protein wise, everything with the mains was perfectly executed cooking wise. Listen, when duck is cooked really well and I mean really well, its flavour can truly be savoured. The texture of meat itself is quite dense and duck has plenty of good fat, which means flavour so when its cooked right, its all there. With A Cena the duck came out pink, moist and the fat rendered perfectly, it had a bit of peppery spice to it and just on its own it was 10/10, absolutely delicious.
Note: I was only offered 'just' enough duck from the Chic Geek's plate to make this observation, a distraction that took the force of 1000 oxen to stop me stealing more! But not to worry, I refocussed on my own dish of Pork Cutlet. It was thick, satisfyingly meaty with a definite barbecue and aniseed flavoured flair. The baby aubergine were sweet but also smokey, and combined with the barbecue smokiness already with the pork, the aubergine would have been just fine natural, to offset the barbecue. Overall, another very hearty flavour filled dish.

For desserts we had the cheeky dough-nuts and panna cotta each paired with a dessert wine. Hand's down the best panna cotta around, and a must try with the paired wine. The dough-nuts were delicate, crunchy outside and soft inside, not over blitzed with cinnamon. You can't really beat these guilty pleasures. The dessert wine served with the dough-nuts was totally overpowered by the sugar, maybe a Muscato may have paired better.
The service at A Cena is attentive, not intrusive and always at hand and always pleasant.
A Cena consistently serve high quality of food, with perfectly executed mains and desserts, the service is excellent and this is why they are one of the best in the borough.
££1/2
http://acena.co.uk/
Parmesan Fritters 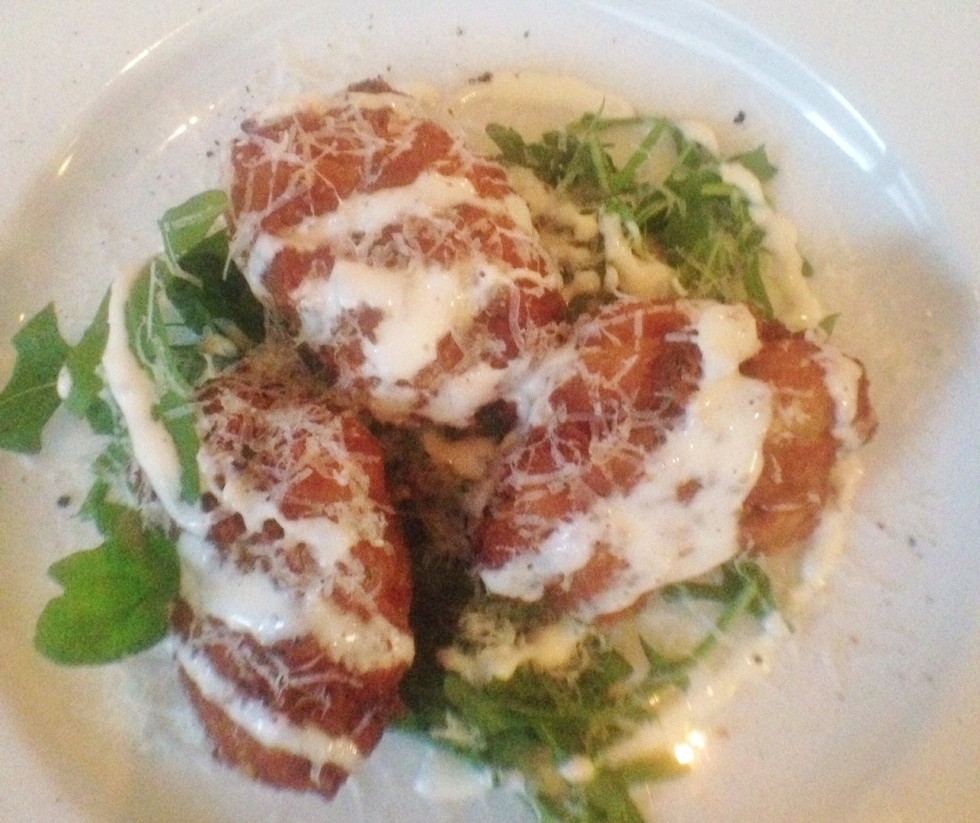 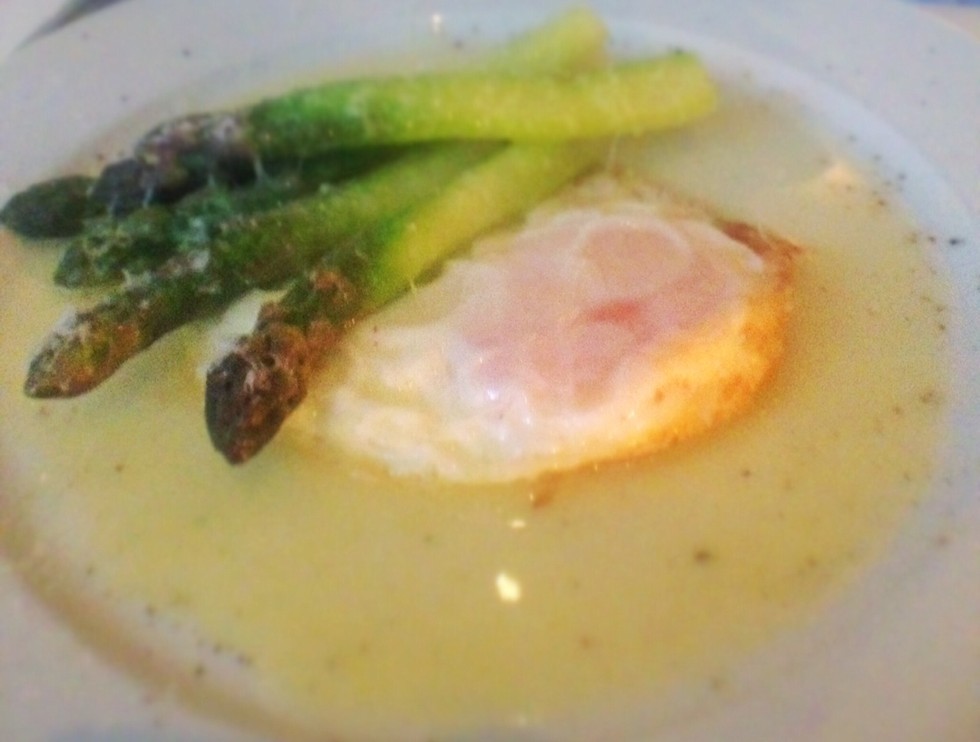 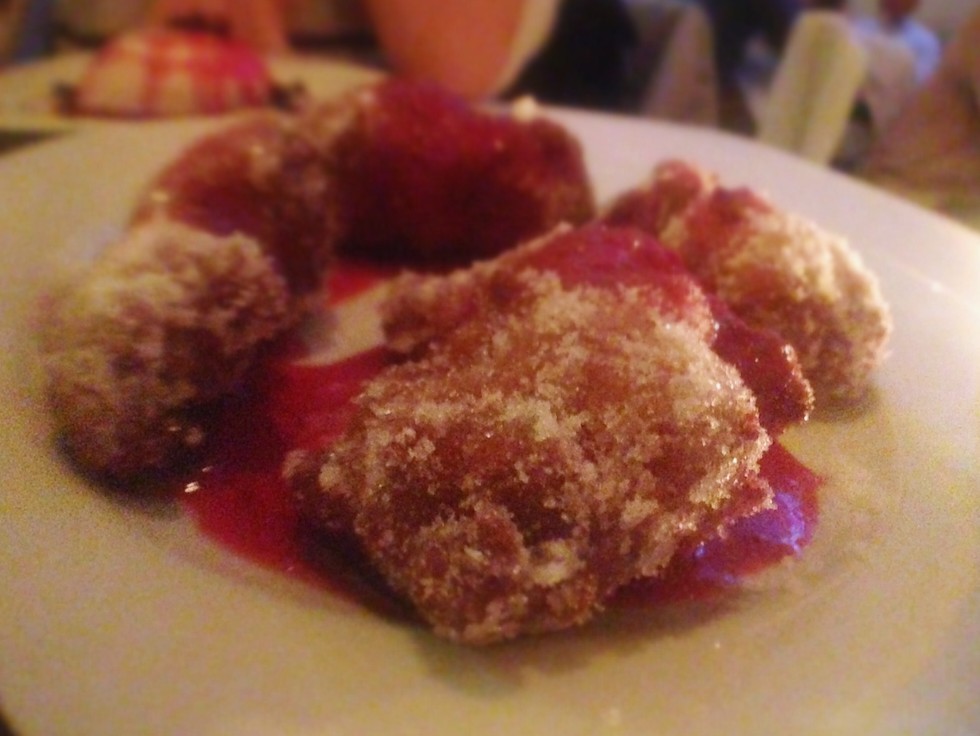 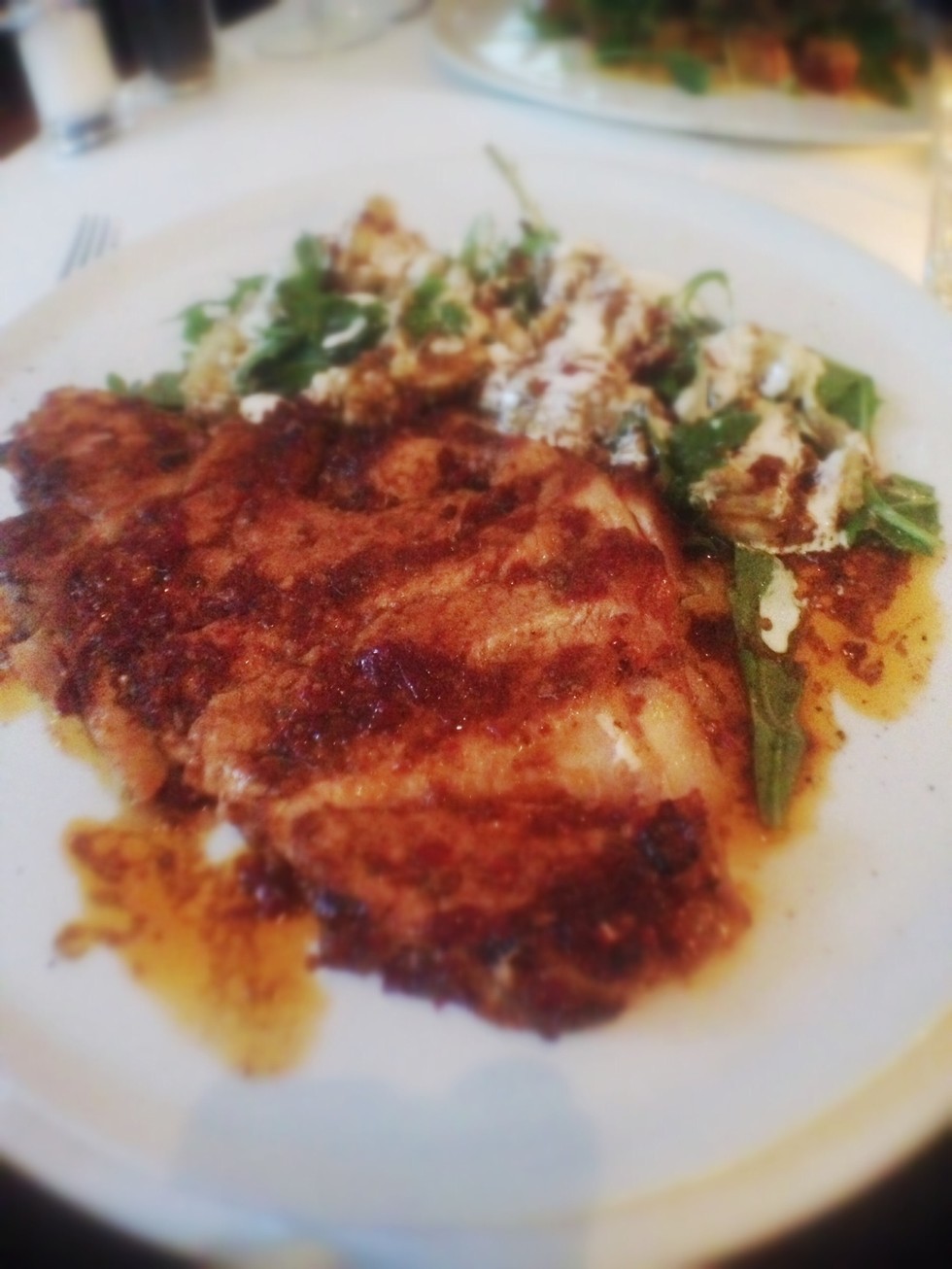 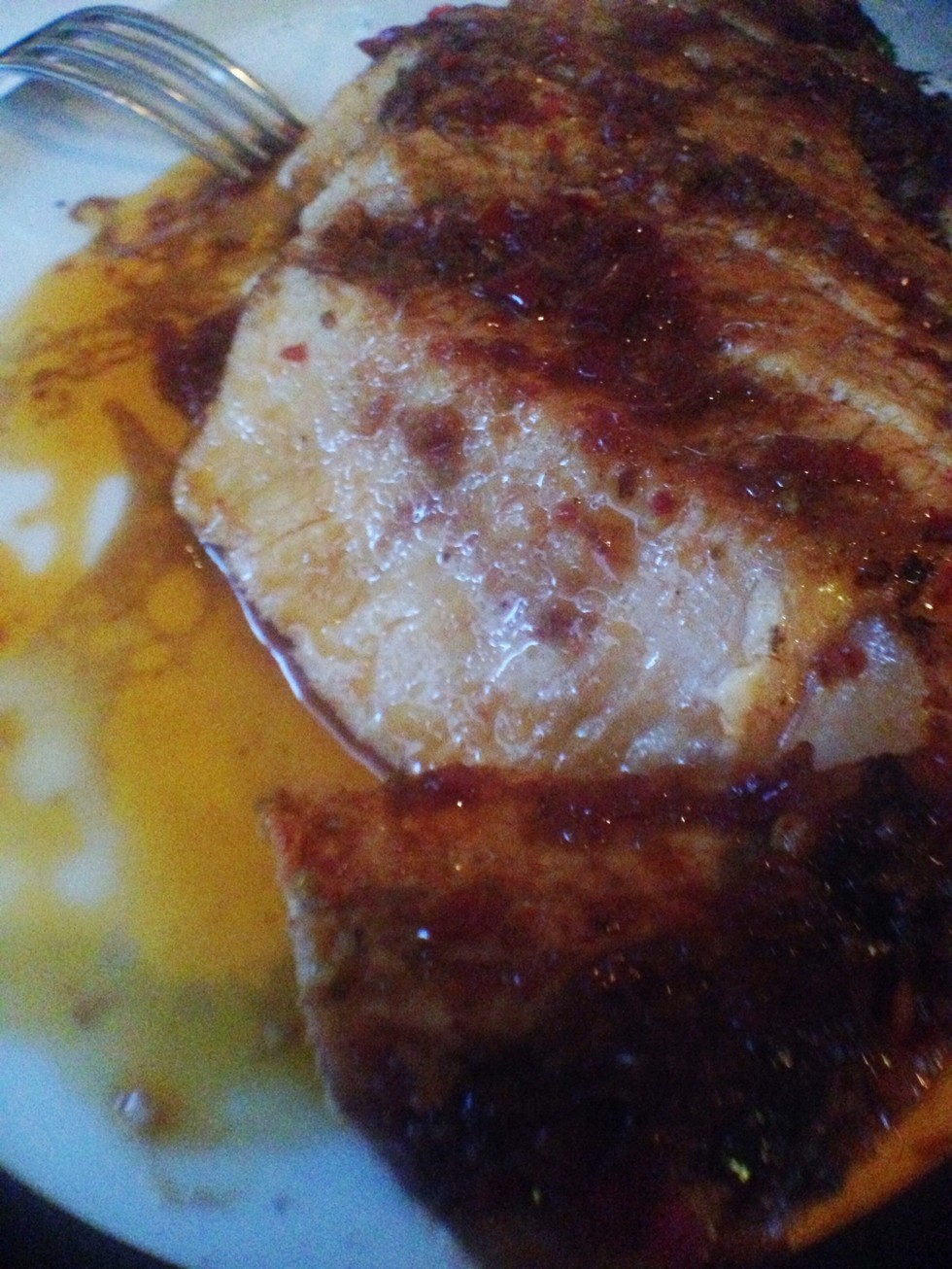 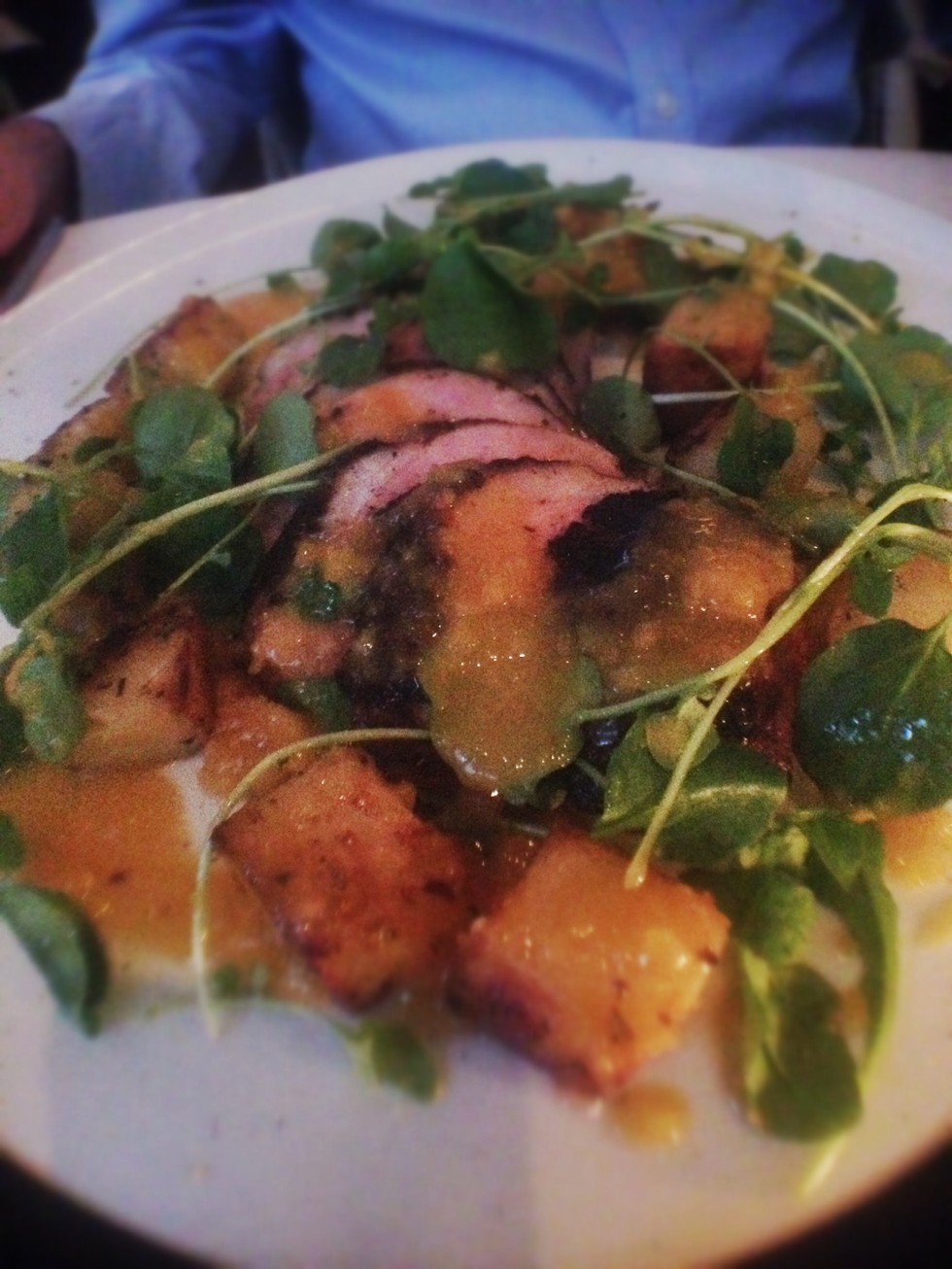 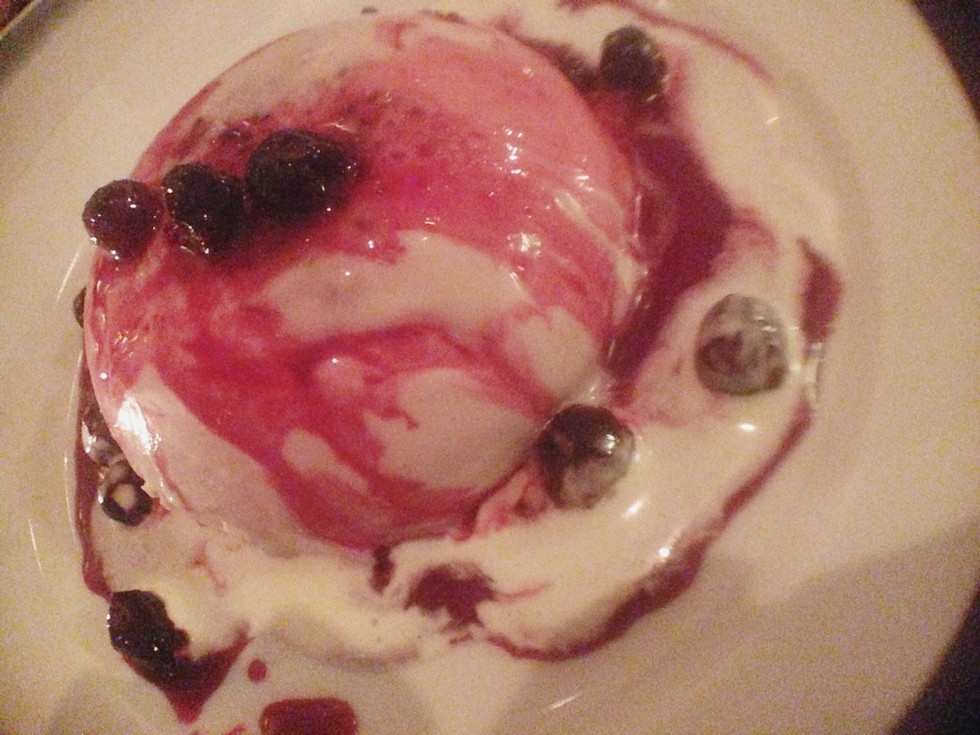